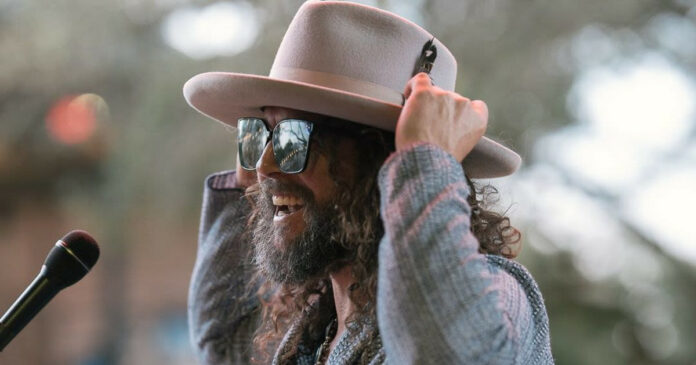 This summer the Riverton Chamber & Visitors Center is launching the first annual Sugarbeats Summer Concert Series! The Sugarbeats series will bring live music to Riverton City Park for three concerts this summer. The goal is to grow the series for next year. The concerts are free of charge.

The Sugarbeats Summer Concert Series 2022 is presented by High Mountain Seasonings and Tito’s Vodka. Be sure to check out and thank all the sponsors on the flyer below!

Sugarbeats is a whole-family event! Along with the music, there will be a Farmers Market, tethered balloon rides, a bouncy house, food trucks, a cash bar, and a Skatepark Jam Session.

The final concert of the season headliner is Crystal Finger featuring guitarist Rydog along with Garrett Lebeau. Crazy Honey, a local band, will open the night. It will be happening on Friday, August 19th at 6 pm in Riverton City Park.

Crystal Finger is led by front man Jay Stiles along with Rydog, a funk guitarist from Austin who is in high demand as a side man. Jay Stiles is a nine-fingered Canadian Musician based in Austin, Texas.  Since his arrival in 2015, Jay has established himself  as an in demand collaborator specializing in vintage keys, including Hammond organ, Wurlitzer electric piano, clavinet and Rhodes.

Some of the artists that Jay has worked with in Austin include Black Pumas, Shinyribs, Pike and Sutton, Suzanna Choffel, MVP, Garrett Lebeau, Robert Kraft, Henri Herbert and Papa Mali.

His most recent performances in Canada have been with Ontarians, Big Sugar, AHI, Pat Robitaille and Frank Deresti and the Lake Effect.

Jay also works closely in A&R for Big Sugar Sound.  With Gordie Johnson he has acquired numerous artists to perform on the reggae label including cutting tracks himself.

In addition Jay serves as the master of ceremonies from behind the B3 organ at his C Boys Heart and Soul residency – with his “Heart & Soul Collective” Jay maintains a revolving cast of some of the finest players in Austin.

For most of us, soul music refers to a genre, a groove that swings through blues and R&B on its way to making our hips sway. But for Garrett LeBeau, it’s also about his soul: finding it, understanding it, and redefining its reality after liberating himself from his past. The son of an Irish-American mother and Shoshone Indian father, LeBeau was raised on the Wind River Reservation in Wyoming.

LeBeau’s soul style certainly captures the groove, all right, with a gritty funk vibe and vocals that might draw comparisons to Boz Scaggs (with whom he’s toured) or even Ray LaMontagne, but it also digs deep, examining the dichotomies of his childhood experiences and the salvation he’s found through music. On his new EP, he addresses his history head-on, as well as the ongoing struggles of Native Americans and our common desire for love and happiness.

LeBeau promises a super soulful mix of r&b, blues, funk, and folk that’s been finely marinated for your listening pleasure.

All concerts begin at 6 p.m.