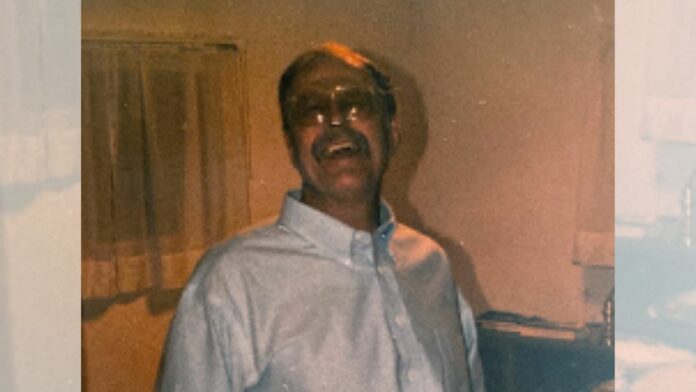 He was married to Judy O’Brian in 1976, and out of this union, they had one son, John Wesley Johnson. They divorced in 1977. CJ raised John Wesley from seven months on as a single dad. He was a great dad to his children, as they were a highlight of his life.

He married Dawn Thorson on March 13, 1999. Through this twenty –two year union, they had two daughters, Jordan and Jacoby Johnson. He was a step-father to one daughter and one son, Carly Schrinar and Cody Peterssen. He also has five grandchildren, Kaleb Jones, Samantha Johnson, Brendan Carl Johnson, Brooklyn Schrinar, and Brielle Schrinar.

He graduated from Fremont County Vocational High School in Lander in 1966 at 16. He played Saxophone in the Tiger band in High School. Directly after High School attended the University of Wyoming for a few years. Later, he attended Central Wyoming College and graduated from their Welding program.

As a teenager, he worked in the woods in Teton County spraying for pine beetles. When he was 19, he took a job at the Lucky Mac mine by Jeffery City, where he worked his way up to being on the drilling and blasting crew. This career only lasted nine months as he quickly realized that this was an incredibly dangerous place to work. This career, in the long run, caused many health problems and his eventual death.

He owned and operated CJ Moving and Storage as the North American Agent for Fremont County in the 1970s and 1980s. After the economy collapsed in Fremont County in 1988, he retired at the age of 39 for 11 years to finish raising Johns Wesley and enjoy his lifetime hobby of shooting firearms. He was an excellent marksman and attended National matches many times. Later he opened the EMGE as shooting, rebuilding, and reloading had been his lifetime hobby. From 2000 through 2012, he worked as a driller for Ensign throughout Wyoming, Colorado, and North Dakota. Over the last twenty years, he has remodeled and maintained several rentals in Fremont County.

He had a soft heart for kitties; he took in and loved every stray that found him. Over the years, he cared dearly for many cats.

He is preceded in death by his parents, Jean and Carl Oscar Johnson, and his first wife, Judy.

He is survived by his children: John Wesley Johnson (Brandi) of Laramie, Carly Schrinar (Randy), Cody Peterssen, Jordan, and Jacoby Johnson, all of Riverton. He also has one brother Eric Swan Johnson (Polly), and his widow Dawn Thorson-Johnson. He is deeply missed by all.

Please join us for a celebration of John’s Life on Tuesday, November 15, 2022, at 6 pm, at the 1st Assembly of God Church, 701 East Adams Ave, Riverton, WY. A light meal will follow the service.