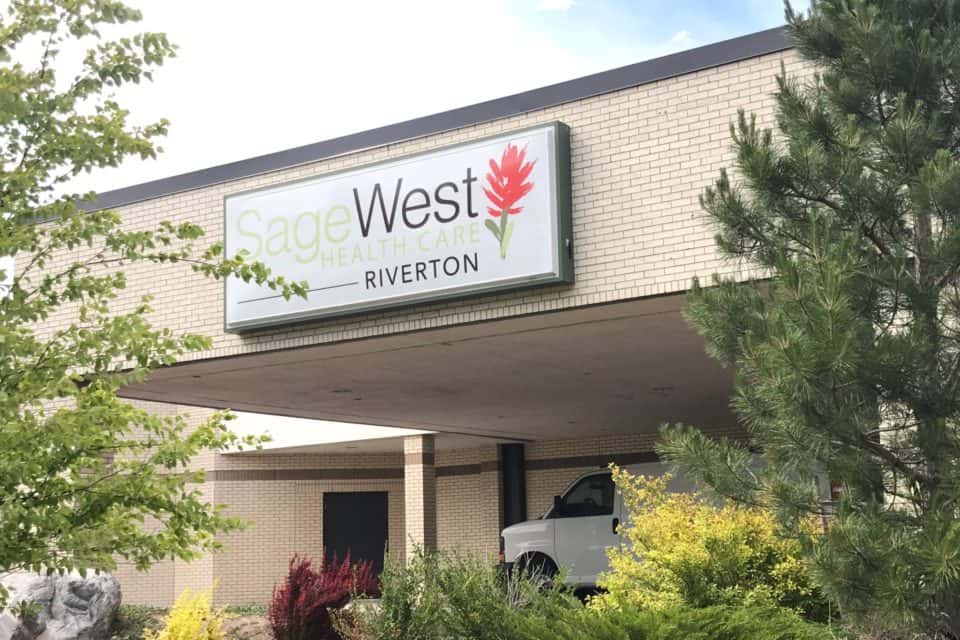 At the forefront of the conversation was the current status of — and future plan for — the SageWest facility in Riverton. Daugherty announced Tuesday that he and his administration are re-evaluating the services offered there due to a dramatic decline in patient surgeries, admissions and emergency room visits after what he called, “a flood of misinformation and questions” began to spread throughout the community.

Senator Eli Bebout, County Commissioner Travis Becker, and City Council member Mike Bailey had a myriad of questions for Daugherty as did others in attendance including members of IDEA Inc., City Manager, Tony Toldstedt and Jason Kintzler of County 10 and Pitchengine.

“We wanted to have a real conversation with the right people at the table and I believe we got that today,” explained Bebout, “It’s in everyone’s best interest to have healthcare in Fremont County and we want to help ensure that there is a SageWest operational hospital in Riverton to meet the needs of our citizens.”

How that will look though, remains to be seen. Because of the recent revenue decline in Riverton, SageWest is weighing their options.

“The amount of misinformation and rumors about the hospital is staggering and our first priority is to help the community understand — we’re here and we’re open,” he added.

Daugherty said Tuesday that communication with the community at large has been an issue and he’s working to remedy that immediately.

As details emerged about the business through the Q&A, the urgency began to increase.

“I don’t think any of us had the whole picture and now that we do, we need to act to rally the community around a vital resource,” explained Mike Bailey.

And lend his support he did. On the spot, Daugherty and Board Chair Mike Jones appointed Bailey to the SageWest Board of Trustees.

SageWest has been investing heavily in procedures in the operating room for surgical placements. In recent weeks, an outside consulting firm analyzed both facilities sterile processing procedures.

Springer said that SageWest received a perfect score of 100% — the first such rating any hospital has received from the firm. Meanwhile, patient satisfaction scores are at an all time high — up more than 300% over recent years.

“Our overall rating which helps us see the big picture was the highest it’s ever been – regarding our staff’s communication, responsiveness, quality and safety and overall hospital rating given by patients,” Springer said.

Based on the information Daugherty and Springer shared, along with recent large investments in both Riverton and Lander facilities, the group seemed confident that a serious effort is being made, but that the community must be proactive in its effort to maintain two facilities.

The conversation at the table turned to developing an action plan for how these organizations can help disseminate correct information and dispel rumors about SageWest before they become erant.

“We built up much needed trust with the group today and that is going to go a long way toward solving this problem,” explained Bebout.

SageWest plans to release an update to the community soon detailing specific services offered for emergency patients at each campus – Riverton and Lander.