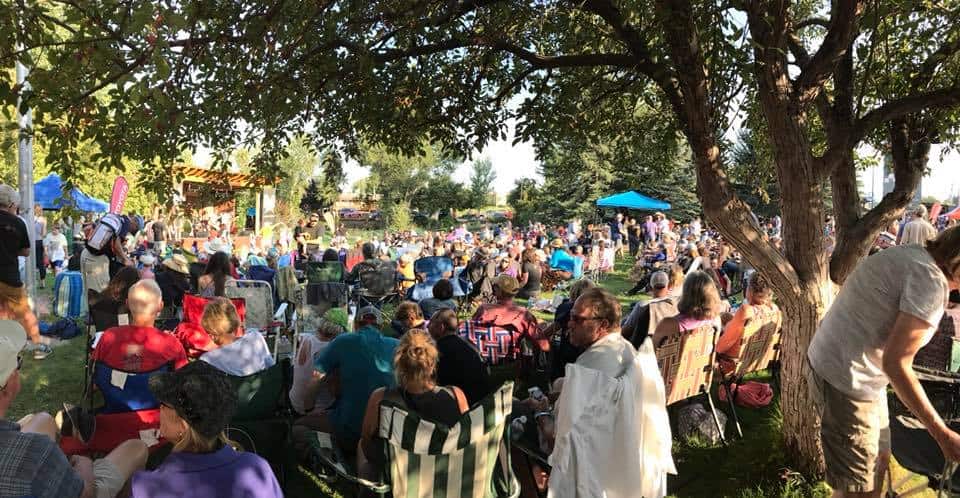 With just 2 concerts left in the series – you don’t want to miss out! The fun begins at 5pm at the Chamber/Jaycee park. All shows are free and open to the public, however personal donations help make Lander LIVE even better. Food and beverage vendors are on-site and invite participants to sample local fare.

More about the bands:

Shovels and Rope, is an American folk duo composed of husband Michael Trent and wife Cary Ann Hearst, hailing from Charleston, South Carolina. In 2008 Hearst and Trent recorded and released the album Shovels & Rope as a co-bill under their individual names, not intended to ever create a permanent act. Hearst and Trent married in March 2009 and continued to perform and record their music for their individual solo careers.

At the end of 2010 filming began on a documentary titled The Ballad of Shovels and Rope about their life as a band. In 2012, the pair committed to their joint venture and have released six albums. As the Shovels & Rope tour, they typically perform a mix of songs from their solo careers and the combined ventures. They are doing a whirlwind western states and Canada tour, heading to Red Rocks Amphitheater following their performance in Lander.

Alysia Kraft (of Patti Fiasco) and Staci Foster are confessional writers from country backdrops (Kraft from a Southwest Wyoming cattle ranch and Foster from the Texas Hill Country). Since their 2016 release, Good to be Around, they’ve toured extensively across the American west, sharing sold out stages with Big Thief, Lydia Loveless, Old Crow Medicine Show, and Colin Hay (of Men at Work). Nominated Denver Westword’s Best Folk Band and named to Culture Trip’s 50 Bands to Know from Each State, the band is set to release a much-anticipated sophomore album in Fall 2018.

Lander LIVE is supported and paid in part by Fremont Toyota and Shoshone Rose Casino and Hotel plus local sponsoring companies, grants and donations. The entire concert series is “staffed” by volunteers from throughout the community. “Lander LIVE is truly a community affair,” said Dot Newton, Events Coordinator. “Over 40 people volunteer their time each concert to make this donation-supported event. The concerts bring people together and to Lander.”

The last show of the season will be on August 23 with Futurebirds.

Arctic air settles into the 10 Sunday