Earlier in June, County 10 shared Arapaho Truths continues to add to its list of accolades and was selected as the feature documentary in an online film festival from June 26th-28th.

It is now with great excitement we share, the St. Stephens School film, produced in collaboration with Boston based Moonstar Productions, has won the Grand Prize at the Kids Video Connection Children’s Film Festival. This is the highest award that the festival has to offer.

“Utilizing stunning visual and animation effects to tell these stories and doing an excellent, excellent job of highlighting what young people can do both on the camera and behind the camera. The world just needs a lot more content like this, we would love to see this developed into a tv series, in any case, we certainly can’t wait to see what George and team have for us next”.

“We are excited and very proud to have received this award,” said George Giglio, the film’s director, “It is a tribute to everyone who has worked on this film, from the administration and staff of St. Stephens, to the current and former students, to the community leaders and mentors who gave their time and knowledge, congratulations to all of you for a job well done!”

The film is narrated by Sergio Maldonado and contains traditional music by Michael Eugene Ridge Bear and Mike Redman as well as a score by Tim Janus. The Executive Producer is Dara Weller, to whom the film is dedicated, it is directed by George Giglio, Dr. William Diehl is the Educational consultant, the Director of Photography is Joe Collins and the Producer is Maureen Matson.

For more information about the film please go to: https://www.arapahotruths.com/ 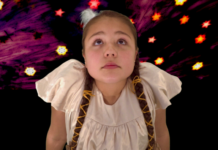 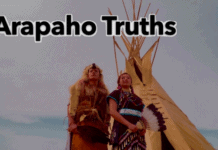