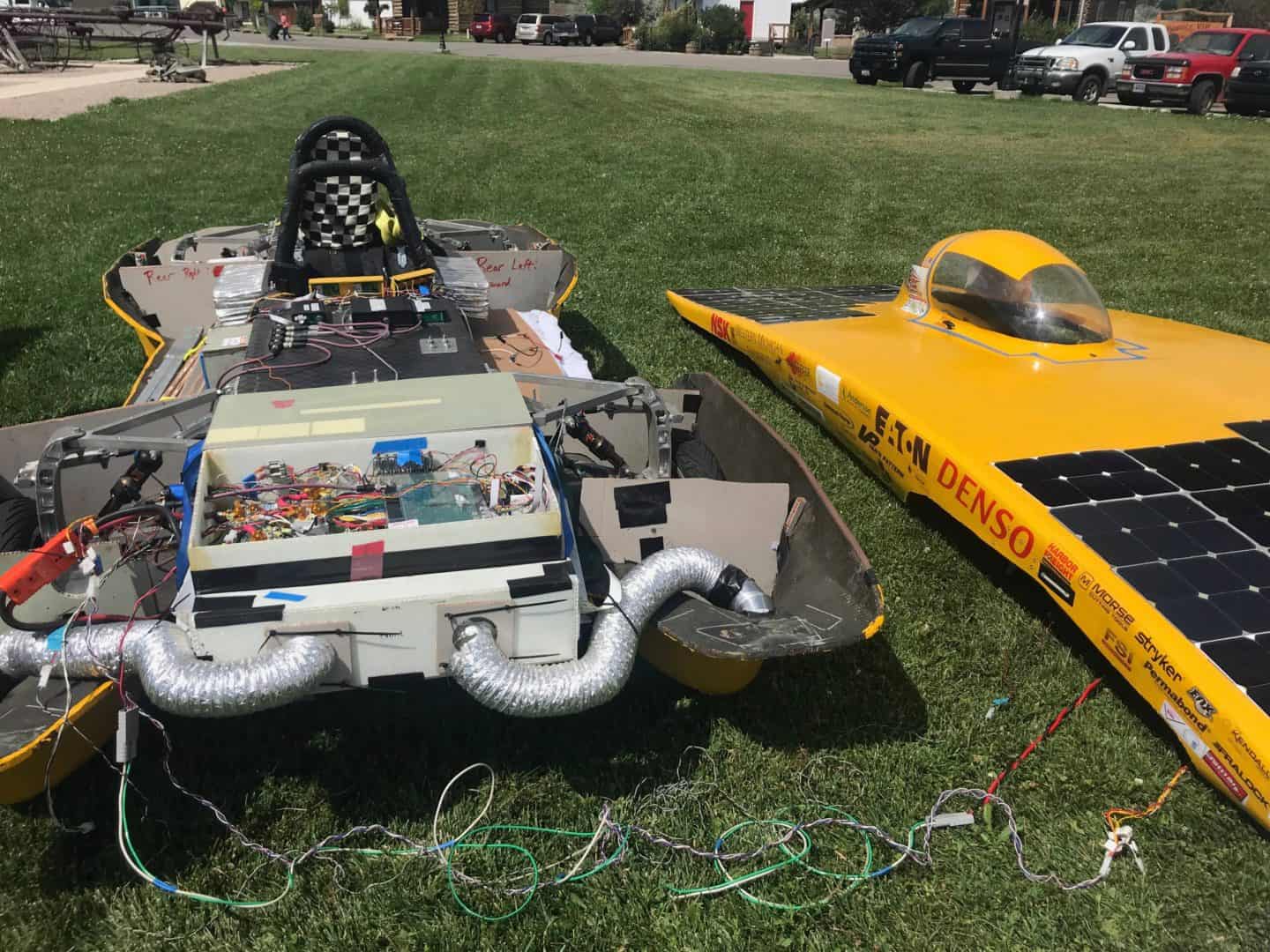 Fourteen solar car teams will reach the Lander checkpoint by the end of the day, Tuesday.

Vehicles powered strictly by their solar panels and a reserve battery are racing from Omaha, Nebraska to Bend, Oregon. The idea of the route was to follow the Oregon Trail as close as possible without venturing off paved highways.

“One of the most commonly noticed things about the cars is that they’re all different,” a University of Michigan team representative told us. In fact, there are two styles of races happening at the same time, single-occupant vehicles and multi-occupant vehicles.

The single-occupant vehicles being more sleek and light-weight, and the multi-occupant vehicles looking more like a standard vehicle. An Iowa State University spokesman even showed off the stereo and cup holders in their vehicle.

“Ultimately our vehicle cost about a million dollars to make. Luckily through sponsors and donations, we were able to get most of what we needed,” said the Iowa State team member. He explained that both Boening and Delta Airlines had donated a large amount of the vehicle materials.

Teams participating represent 11 different states, and include 2 teams from Canada, and 1 team from Austrailia. A member of Western Sydney University told us they were the first team from the country to participate in the race, ever. Western Sydney even offered patrons free lunch for anyone who wanted to chat about their vehicle Tuesday afternoon.

As you might imagine by looking at the vehicles, the weather is a major concern. Many teams encountered heavy rainfall and hail near Casper earlier this week. Big Ten Conference rivals, the University of Minnesota and Iowa State University wound up helping each other by holding tarps over the two vehicles to wait out a thundershower.

“The elevation is going to be our biggest obstacle in Wyoming,” said the Iowa State team member. “We’ve been hearing about a big hill between Lander and Farson and that will be a challenge.”

Racers will depart from Lander beginning at 9:00 a.m. Wednesday in what’s described as a “staggard start.” Meaning, they’ll take off in the order they arrived.

They plan to arrive in Farson July 18th, then will venture into Idaho July 19th and 20th. They hope to finish the trip in Bend, Oregon July 22nd.

Cars can travel comfortably about 65mph, though some have been clocked to reach 100mph.

Currently, the University of Michigan team is the leader with Western Sydney in a close second place.