A Closer Look: Why Is the Stock Market Going Down? 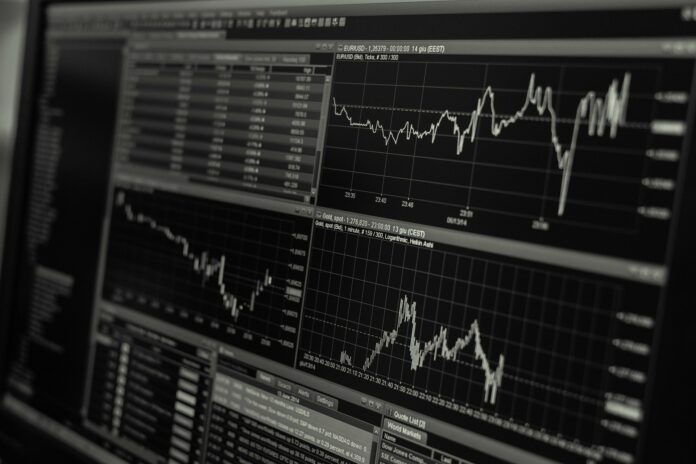 Job growth is still at high levels, consumer spending is still healthy, and businesses are continuing to invest. So, you may be confused when you see news of the stock market going down in an economy that seems to be doing well. The market has fallen significantly from its peak at the start of the year and, more recently, has taken a sharper drop. Shouldn’t the stock market go up in a healthy economy? The short answer: not necessarily. Let’s take a look at the reason for the market downturn, and what we can expect in the future.

The Effect of Interest Rates

Most of the time is not all the time, however. We’re now in one of the times when interest rates aren’t steady. Over the past couple of months, we’ve seen rates increase at one of the fastest paces in decades. Thus, even as the economy has done well and earnings continue to grow, those higher interest rates have pulled the price investors are willing to pay for those earnings down. It’s been a difficult couple of months. And with the Federal Reserve (Fed) publicly committed to continued interest rate hikes, the market will clearly face additional pricing barriers.

A Reason for Hope

But that also suggests future damage is likely to be limited. Markets already expect—and are pricing in—substantially higher rates. From here, any more damage has to come from interest rates moving even higher than the current substantial increases expected. At some point, that will not happen, as the factors driving those higher rates (i.e., growth and inflation) start to roll over.

We’re seeing signs that growth is slowing, for example, and there is talk of a recession in the next year or two. Inflation pressures, while still very real, are starting to weaken as well. Just as markets are pricing in rate increases over the next year, they’re also starting to price in rate decreases after that. Any decreases we see will act as a tailwind for stock prices at that time.

One way to evaluate where we are, and where we’re going, is to look at overall valuation levels, which vary with interest rates. Figure 1 shows that between 2016 and 2019 (before the pandemic), investors were willing to pay between 16 and 18 times the next year’s expected earnings for the S&P 500. After the start of the pandemic, when interest rates were cut sharply, that jumped to 20 to 22 times earnings. Since the start of the year, however, as interest rates rose and the Fed committed to even higher rates, valuations dropped to between 18 and 20 times. That explains much of what has happened so far.

These factors give some guidance about what is coming next. Just as interest rates are expected to return to pre-pandemic levels, so should valuations. That said, we could see another 10 percent downside, if valuations go back to the lower range of 16 times next year’s earnings. There could be more turbulence ahead in the short term.

Longer-term, however, things look better. Earnings will keep growing over time, offsetting any decreases in valuation levels and eventually letting stock prices rise again. At some point—likely in the next year or two—rates will come down again, pushing valuations up. And at that point, we will see stock prices recover surprisingly quickly.

In other words, what we’ve seen is a typical—if sharper than usual—market cycle. In the short term, it’s painful. But in the longer term? It really doesn’t mean much. As long as the economy is basically healthy (which it is) and policymakers are on top of things (which they are), companies will keep growing and making money.

So, Why Is the Market Going Down?

Because the Fed is raising rates to get inflation under control. This is painful now, but necessary to lay the foundation for future growth. As always, we just need to ride out short-term pain and remain patient for the long term.

Certain sections of this commentary contain forward-looking statements that are based on our reasonable expectations, estimates, projections, and assumptions. Forward-looking statements are not guarantees of future performance and involve certain risks and uncertainties, which are difficult to predict. Past performance is not indicative of future results.  All indices are unmanaged and investors cannot invest directly into an index.

Michael W Zirbel is a financial professional with 307 Financial Services, LLC at 416 E Main ST. Riverton, WY. 82501. He offers securities as a Registered Representative of Commonwealth Financial Network®, Member FINRA/SIPC. He can be reached at 307-856-8200 or at [email protected].