6 Important Things You Need To Know When Buying Gun Parts

Buying gun parts and gun accessories is an interesting topic in the firearms world. Gun laws fall under several layers of regulation, both on state and federal laws. This makes it important for gun users to understand the restriction placed on buying and transferring gun parts and accessories. To understand this clearly, you need to separate ammunition from more general gun accessories. The transfer and ownership of firearms ammunition is strictly controlled under Federal law. For instance, the basic restriction is that convicted individuals, drug or alcohol users, and persons subject to domestic violence aren’t allowed to buy or transfer ammunition of any kind. Besides this restriction, here are six basic rules you need to remember when buying gun accessories and gun parts.

The dangers of poor firearm handling cannot be overstated. Gun parts – whether big or small – aren’t toys. This is common knowledge, but unfortunately, mishaps happen. If you’re planning to purchase gun accessories, consider a brownells coupon code to reduce your costs. Keeping your gun accessories safe is more than just locking them up and using gun safes. However, it’s still crucial to keep guns safe to only be accessed by licensed, trained operators. If you have small kids at home, talk with them about the dangers guns pose. Knowledge is power, and educating them can save a life.

Federal law prohibits the sale of gun ammunition to any person under the age of 18. Similarly, it prohibits selling handgun ammunition to any person under 21; these are the federal law’s basic regulations. Additionally, the ammunition market is also controlled at the state level. If you’re an avid gun user, you also need to understand that gun accessories such as ammunition vary significantly from state to state. This means regulations controlling the sale and possession of ammunition also vary from state to state. Before buying any gun part, ensure you understand how the two laws (federal and state) operate.

The size of the gun part or gun accessory you want to buy also faces different restrictions. For instance, a magazine (a crucial gun part) has a placed limit. Some states, such as Hawaii and Maryland, have restrictions where your magazine isn’t supposed to exceed 10-15 bullets per magazine. Other states have no regulations on caliber size, magazine size, or amount of ammunition. About 35 or so states should only comply with the broad regulations placed under Federal in buying such gun accessories.

Gun parts don’t come from the factory clean. What’s more, they don’t even come lubricated. Once the parts are tested based on functionality, they’re shipped shortly after. This means they have a large buildup of preservative grease internally. You also need to understand the difference between preservatives and lubes. Take time to assemble your gun parts and give them a visual cleaning. You want to pay attention to areas such as the bore to ensure it’s free of any grease. Also, check whether the parts appear normal and standard. Can you spot any defects like cracks or chips? Are there bulges or irregularities? If it appears odd, it may very well be.

Essential gun parts such as silencers, scopes, and laser guides are placed under federal law control. If you want to purchase an attachment for an assault rifle or any crucial gun part, you require a federal license. Generally, these licenses are only allowed for military or law enforcement purposes. Also, there’s no variability in state laws with these gun parts as is with ammunition. Accessories such as targets, holsters, holders, or even armor can be purchased easily and don’t require licenses or regulations. So, before making that big purchase, ensure you have the relevant licenses.

Doing your research is a crucial step before buying a gun part. Unfortunately, there’s less information out there which makes it challenging to find what you need. Nonetheless, you want to start your research by gathering information from credible and reliable sources. Ensure your sources are allowed to sell gun parts and gun accessories and that they have licenses. For example, you could be buying a gun part for your home defense gun. This means you need to consult sources who deal with such guns to get the best information.

Guns are dangerous weapons and need to be treated with a lot of seriousness. Owning a firearm comes with responsibility, and the earlier you understand this, the better. Ensure you also understand the regulations on gun parts and gun accessories. Depending on what gun part you want to buy, learn the different Federal laws and state restrictions surrounding your item purchase. 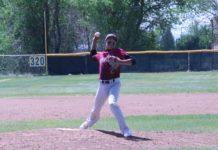 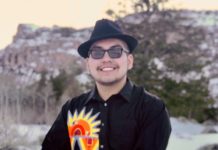 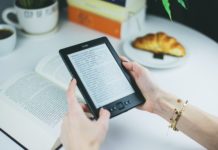