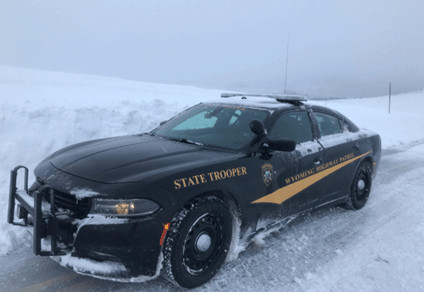 (Crook County, WY) – Wyoming Highway Patrol (WHP) officers were notified of a crash occurring shortly before 9:00 AM Tuesday morning, which resulted in one fatality and one injury, according to a WHP preliminary report.

The deceased has been identified as 20-year-old Wyoming resident Joseph Stone.

According to the report, a tractor trailer combination was travelling eastbound on Interstate 90 at approximately 30-40 MPH with its hazard lights on, due to engine trouble.

Stone was the passenger in a vehicle that was also eastbound.

The driver of the car Stone was riding in stated his cruise control was set at 76 MPH and he was adjusting the radio, at which point they collided with the right rear of the semi-trailer, rotating the car into the left hand lane where it came to an uncontrolled rest.

Driver inattention is being looked into as a possible contributing factor.

The report also indicates snowy road conditions, and that no seat belt was in use.