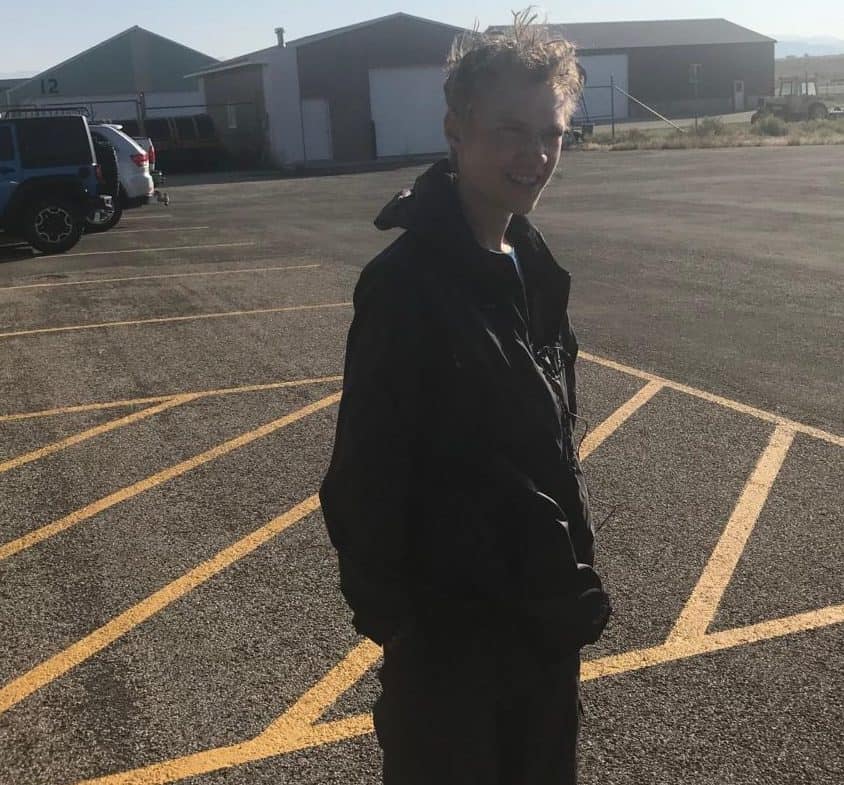 Hunter’s Boy Scout troop was on a multi-day hike near Pinedale. At one point on Saturday, July 28th, Garrett became separated from his group.

He spent the night alone Saturday and was located by a search party at 10:15 p.m. Sunday night. They spent that night with him and he was helicoptered out during the Monday morning daylight.

Hunter, who has autism, says he survived partly on bugs, tree bark, and drinking water from a stream after using his purifying bottle.

Garrett and his mom were interviewed by local press and the Sublette County Sheriff’s Office Monday after the rescue.