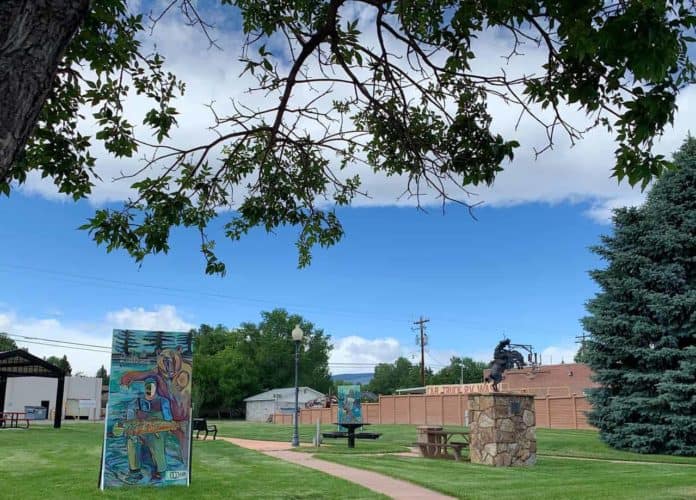 #10life is County 10 series to share and celebrate everything that’s great about local life in Fremont County, brought to you by RE/MAX All-Star, Realtors.

Thought you caught a glimpse of Bigfoot in Lander’s Centennial Park? No, your eyes are not playing tricks on you. That is one of two photo stand-in pieces recently painted by Lander artist Noelle Weimann as part of #renegadespark.

They will remain “in Centennial Park until Mother Nature insists otherwise,” shared #renegadespark co-founder Dannine Donaho of Snow Deep Designs. “It is our hope that they encourage locals to come downtown for a photo and a picnic and perhaps stop travelers on their way through town.”

“The intent of #renegadespark is to spark delight in the downtown area and promote health, happiness, and well-being with public art and creative improvements,” Dannine said. The pieces were a collaboration between #renegadespark’s other co-founder Lori Hunter, also of Snow Deep Designs, and Noelle.

We wanted a fun, interactive design that celebrates living in Lander. Various activities such as climbing, hiking and fishing were discussed as a starting point. It was Noelle’s brainchild to make the fish face one of the cutouts and to put the growly bear behind the fisherman. It was also Noelle’s idea to make one of the boards Bigfoot… Interesting, because he has been spotted twice before on Lander’s Main Street as you can read about in the newspaper articles on the painting!

This downtown Lander project is funded by the LOR Foundation who works with rural communities in the Mountain West on livability issues.

“As artists, #renegadespark sees livability as living in a place that celebrates the arts, hires artists, and considers the aesthetic when making changes and improvements to public spaces,” Dannine said. “As residents and business owners, livability is about activities, place-making, economic prosperity, and local identity.”

You can expect to see more #renegadespark projects in downtown Lander! 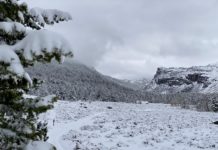 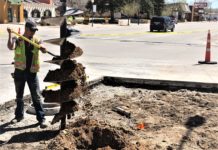 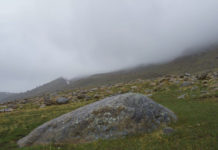